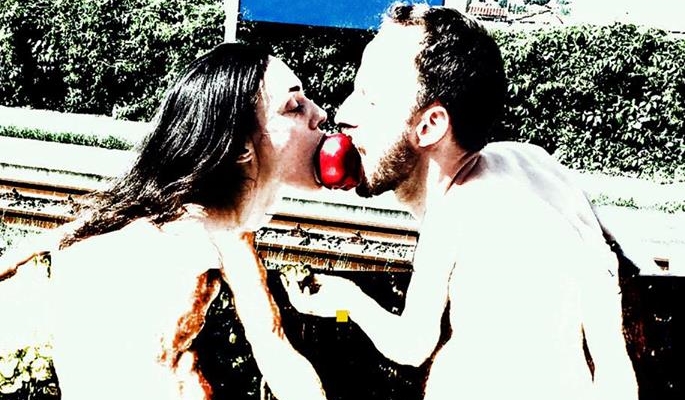 A pretty nude duet. . .
A performance that literally puts the real nudity on stage - as contrast to the virtual!
Currently, we see in society that young people are emerging naked on social media. Pornography in all shades is easily accessible and consumed in great style. Apparently, there is no more bluffness when it comes to the naked body of virtual culture.
But at the same time children and young people are exempted from going into shower in school. Young men and women grow their body in fitness centers, but they are too scary to turn naked into the shower afterwards.
In other words, we need to reconsider our relationship with the natural nudity of the body.

Granhøj Dans is an internationally acknowledged dance company based in Denmark. The productions of Granhøj Dans are created by the company's artistic director and choreographer Palle Granhøj, in close co-operation with the dancers. The starting point of every production is the Obstruction Technique developed by P. Granhøj, and which has made possible the creation of about 36 original works in the last 30 years. Based on the above-named working method, the choreographer reshapes the movements of the performers by means of hindering actions, revealing inner layers of their personality in the process, thus turning the spotlight on human condition. Rather than showing dancers and choreographies on stage, P. Granhøj wants to present men and women as they are: genuine, alive - and complex. The works of Palle Granhøj has so far been presented in 49 different countries.

Age from 14 years up